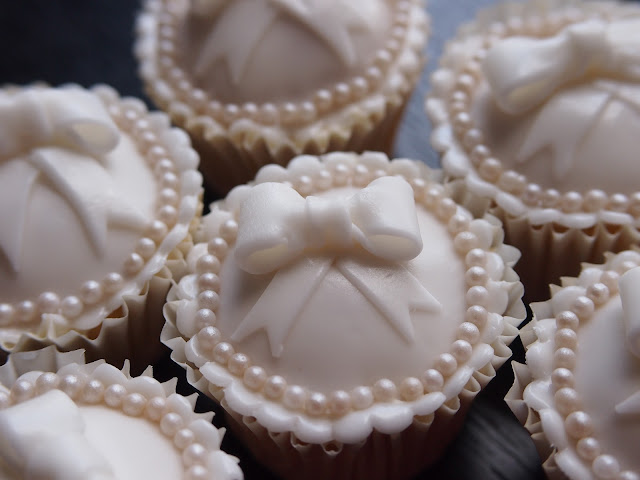 I have previously tried different vanilla cupcake recipes and I have to say the recipe I used for this time is the ULTIMATE recipe for vanilla cupcakes, thanks to Cupcake Project. To me, sour cream is a really important ingredient to keep the cupcake moist and this is a recipe that incorporated sour cream as one of the ingredients. I actually made some slight changes to the original recipe. Instead of using vanilla bean, I substituted it with vanilla extract (for convenience).

I am glad the cupcakes turned out pretty nice but of course there is always room for improvement. Below is the recipe I used. 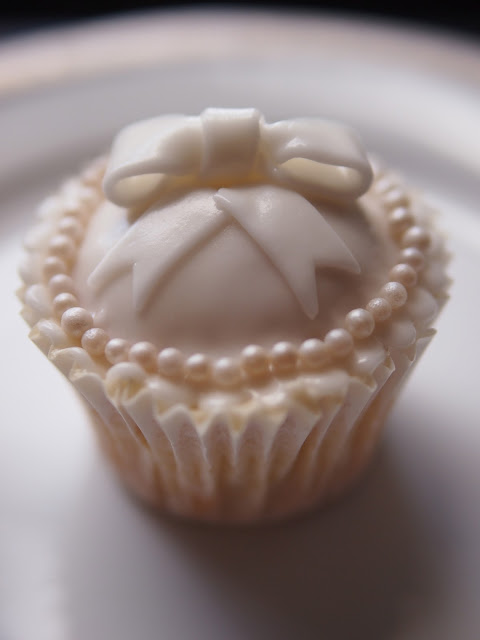 After baking the cupcakes, I frosted them with a thin layer of buttercream. Below are the ingredients I used:

I mixed all the ingredients together in a mixer for a few minutes until they are well blended. The decorations are all made with fondant except the hoop of white sugar balls.  There are many useful “how to make a bow” tutorials on youtube that will explain how these bows can be made.

Poker Chips & Dice Cupcakes For Him

Enter your email address to subscribe StyleInk and receive notifications of new posts by email.